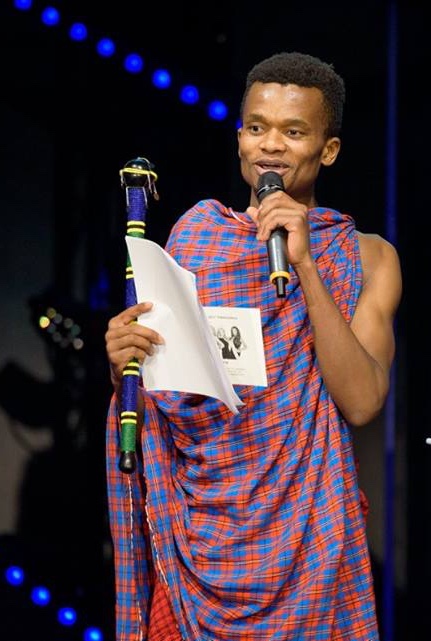 My humanitarian platform is to advocate for victims of HIV/AIDS and support orphanages as well. I chose this platform because first, I had lost both of my parents to HIV/AIDS when I was very young; second, I used to live in an orphanage as well. During the time when my mom and dad got HIV/AIDS, this was a death sentence disease, especially in a village where we lived where there was no access to medical care. In the village, there was also stigma towards persons who publicly known to have HIV/AIDS.  In fact, when my mother was going through opportunistic diseases associated with HIV/AIDS, she was stigmatized a lot and isolated as well. Most people were scared to touch her or even get too close to her, fearing that she will transmit the disease to them. Growing up, after my parents passed away, I too was isolated several times, and sometimes even being made fun of because my parents had HIV/AIDS.

I want to be part of bringing awareness about HIV/AIDS to places like my village where they do not have enough knowledge about the disease. I want to advocate for individuals who cannot afford any medical care or do not have access to medical care for HIV/AIDS. I also want to raise funds to support victims of HIV/AIDS, especially children who have been orphaned by this disease and support orphanages in general since I too, used to live in an orphanage.

Here are 3 action plans for my platform:

First, there is a need to eradicate the stigma that is associated with HIV/AIDS especially in the remote villages back home. One way this can be possible is by creating a safe environment where people with HIV/AIDS can feel safe enough to talk about their situations, feel accepted, and supported. When I was growing up, my friends from other places of Tanzania who did not know that my parents had HIV/AIDS, I never felt comfortable or safe to share that with them because I was scared of the stigma that came with either having HIV/AIDS or having a family member who had HIV/AIDS. We really should create a safe environment where HIV/AIDS patients and/or their families can feel safe to talk about the issue. It is one of my big dreams to advocate for this either through partnering with different organizations that are already or starting my own.

Second, helping educate people about HIV/AIDS. Some people just need to be educated about HIV/AIDS so that they have the knowledge and know not how to prevent themselves from it, especially those who live in remote villages who may not have access to a proper education.

Last but not least, raising funds for both victims of HIV/AIDS and orphan children in general. In 2017, I took a group of people from my church here in Washington to volunteer in the orphanage that I used to live and to my village as well. My team and I raised over $6,500 just to help the orphanage. Last year, I took another team from my university to also volunteer in my village and orphanage. Last year, my team and I raised over $7,500. This year, both of my previous teams, my friends, their friend and family, and I have helped to raise about $12,000 that also went to help build a dormitory for children in my orphanage.

If I become Mr. Africa North America, this will be a big platform that can help me to reach out to more people and continue to raise funds to support not only HIV/AIDS victims but also different orphanages, different causes and different people who need our help.